Leaf springs are a basic form of suspension made up of layers of steel of varying sizes sandwiched one upon the other.

Most leaf spring setups are formed into an elliptical shape through the use of spring steel which has properties that allow it to flex as pressure is added at either end, but then returning to its original position through a damping process.

The steel is generally cut into rectangular sections and then once held together by metal clips at either end and a large bolt through the centre of the leafs.

It is then mounted to the axle of the vehicle using large U-bolts, securing the suspension in place.

The elasticity of the spring steel allows for a pliancy within the suspension for comfort and control of a car while moving, and a leaf spring setup has been proven as a viable option for cars for many decades, despite only really being found on HGVs and Military vehicles these days.

What are the advantages?

Due to the sheer amount of metal layered together, leaf springs offer a large amount of support between the wheels, axles and the car’s chassis.

They can take huge vertical loads being applied to them due to their tight-knit structure, hence why heavy duty industries still use them.

Vertical loading is also distributed throughout the length of the leaf spring rather than acutely through a small spring and damper, which can potentially create a concentrated force too large for the suspension to handle.

In a car, damping can be an extremely important characteristic. If the suspension is under-damped, the car will wallow and bounce around well after hitting any bump or pot hole in the road.

This was a significant characteristic in cars that used helical springs before the dawn of the shock absorber and was disadvantageous to cars when driven at any real pace.

Leaf springs coped much better with vehicle damping due to the friction between each plate of steel which made the response time after a vertical flex in the suspension much quicker, thus making for a much more controllable car.

What are the disadvantages?

Leafs also allow very few directions of motion and are only really designed to move vertically, while a spring and damper combination can be manipulated into a much larger range of motion.

Leaf springs are firmly clamped together and bolted to the chassis as well as clipped to the axle, thus giving little to no scope for any other direction of motion which can lead to heavy wear on the joints and connections holding the setup together. 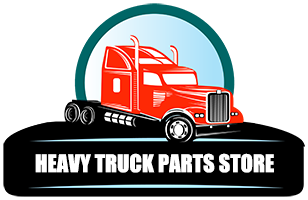