On December 12, 2008, our company accepted a customer in Jinan to sell WD615 E2-3a accident of early damage of four supporting facilities. The engine burns oil soon after replacing the four matching parts. According to the piston ring, piston and cylinder liner provided by the customer, we organize relevant technicians to analyze the cause of the accident of supporting devices: 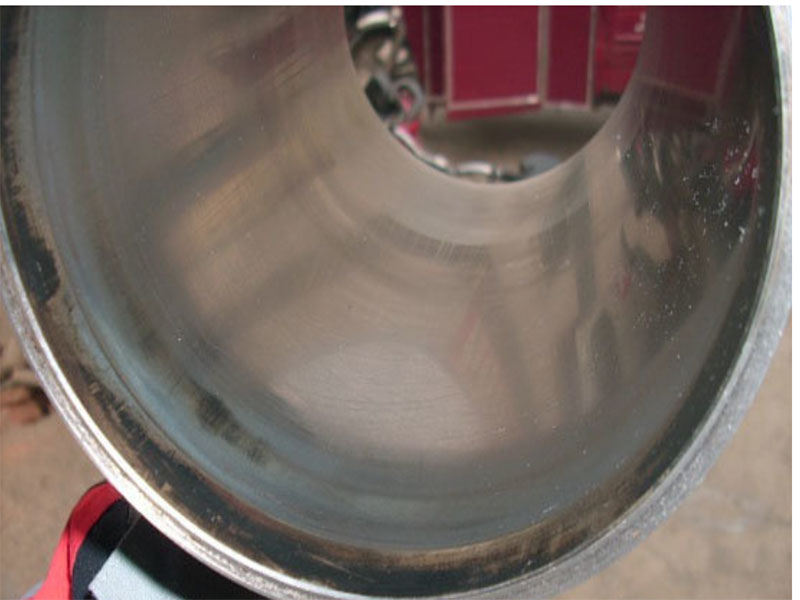 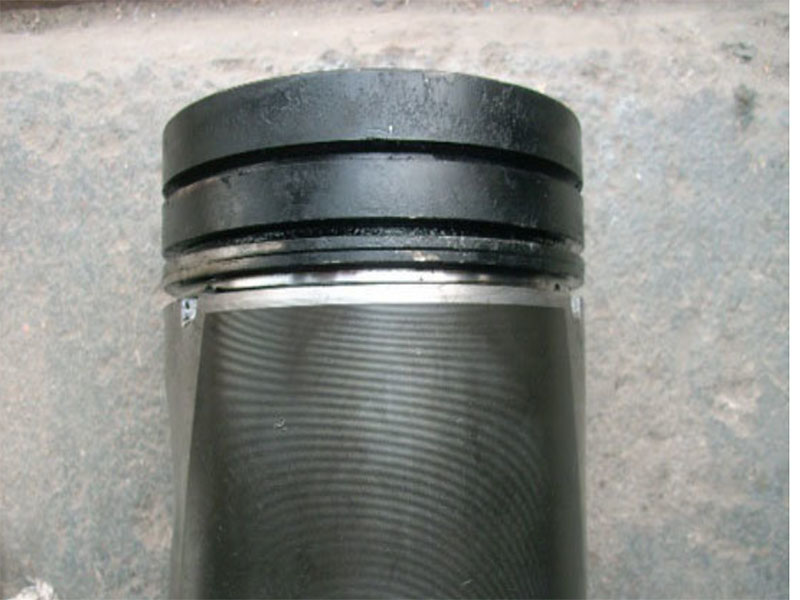 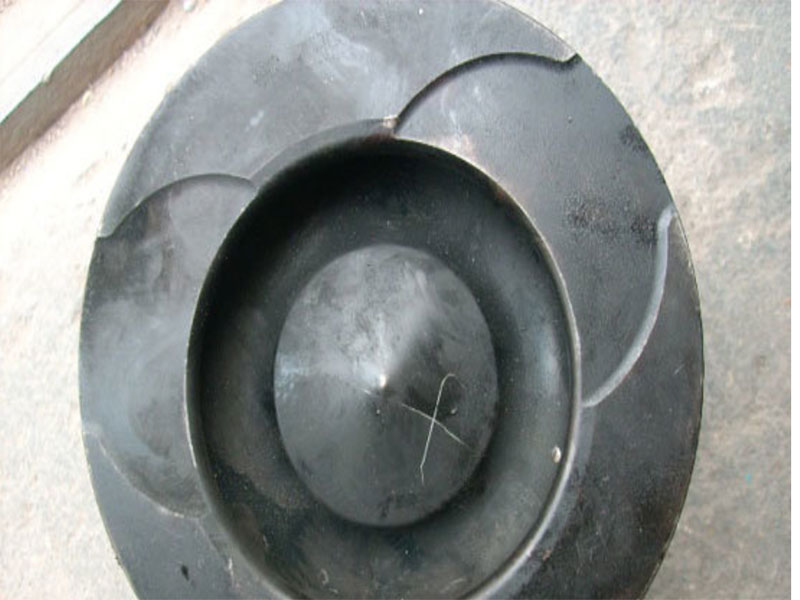 There are many products of mixed gas and oil combustion at the top of the piston, and there is no serious external combustion phenomenon caused by incorrect injection timing in the combustion chamber; On the side with higher piston side pressure, there are more hard mixed gels in the gas ring groove 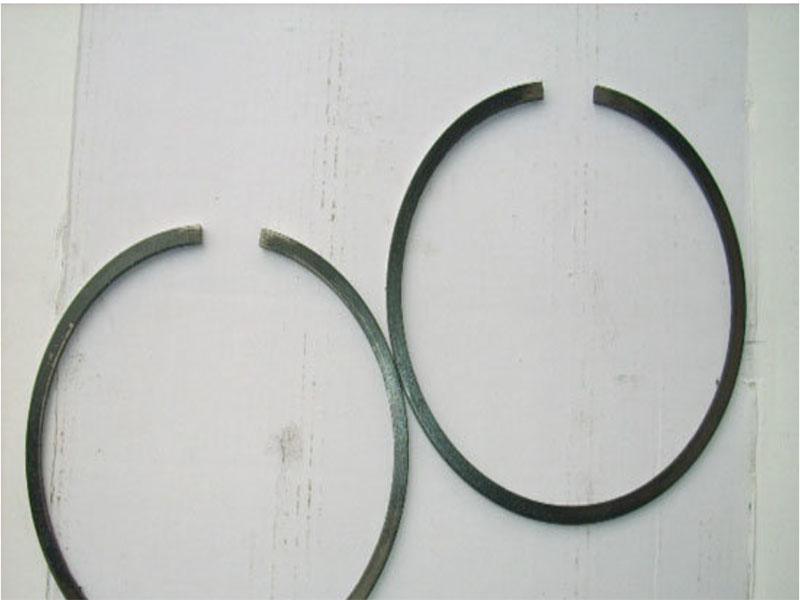 The second gas ring can be easily removed from the piston without using tools and only using fine wire. 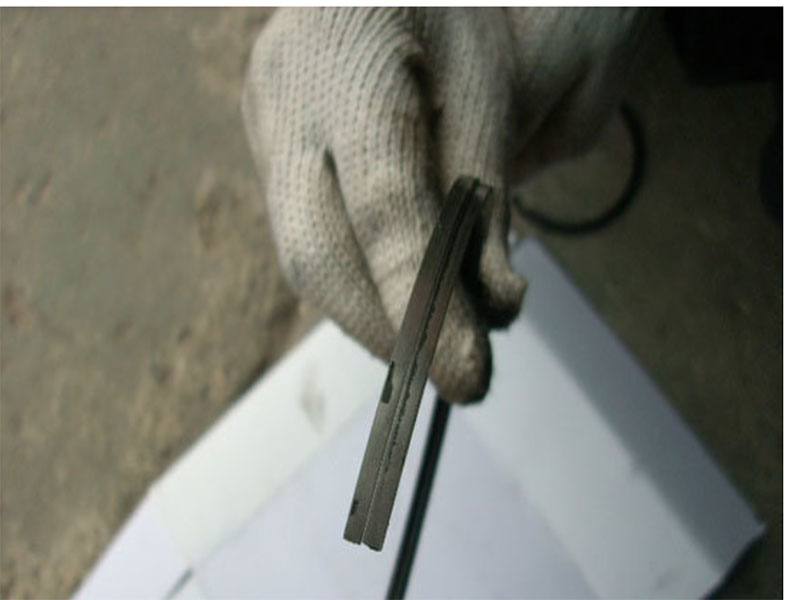 The engine is an organic whole, and its parts are interrelated and closely cooperate with each other to jointly complete the energy conversion of the whole machine. Because the relationship between engine parts and components is so close, the causes of failure are very complex, sometimes even hidden deeply. If we do not conduct in-depth investigation and research, the causes of failure will often be publicized or regarded as the cause, and the problem can not be finally solved.

Let’s make a more detailed analysis of this accident:

There are mixed gels on most piston tops of this engine due to the participation of engine oil in the post combustion stroke, and there are a small amount of dust sinters on individual piston tops due to unclean intake air. 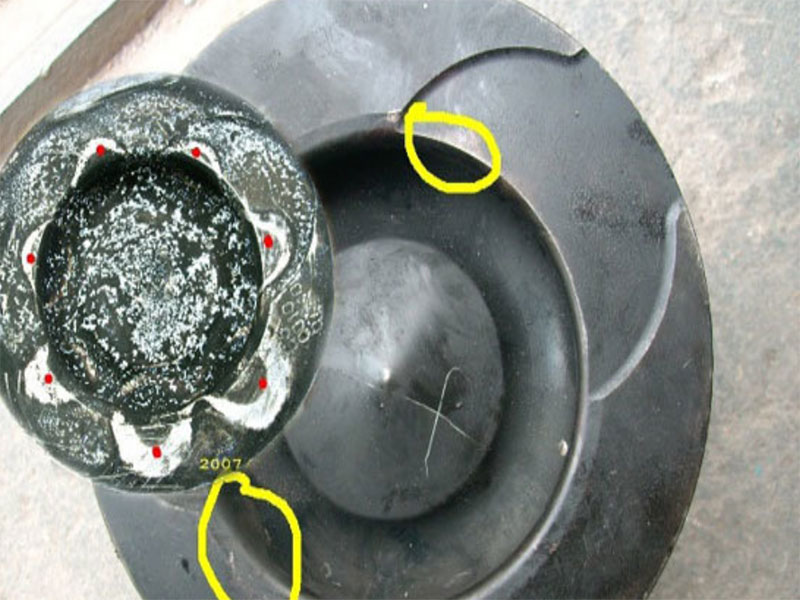 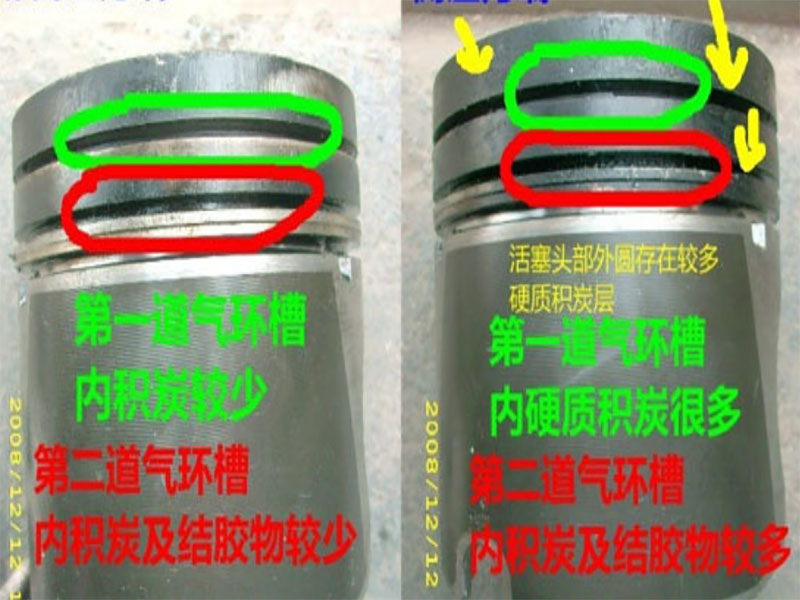 There is no sign of high temperature in the inner cavity of six pistons of this engine. 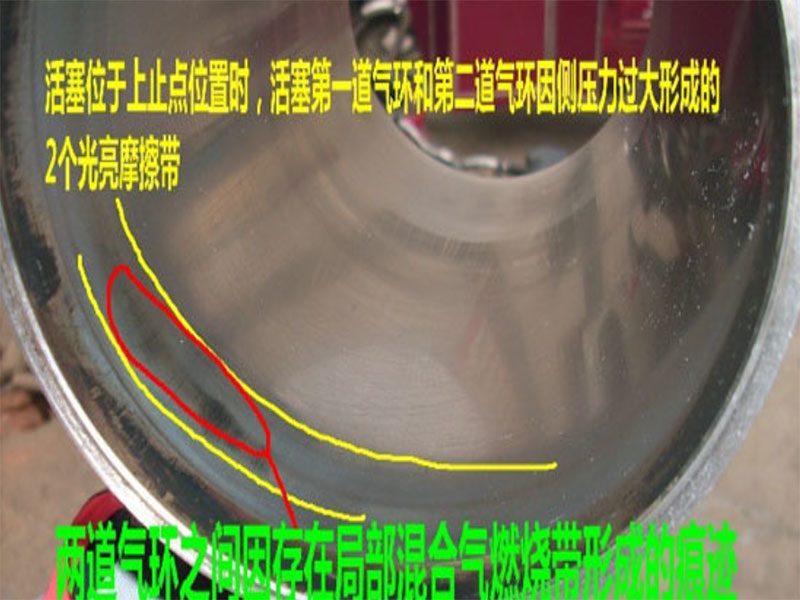 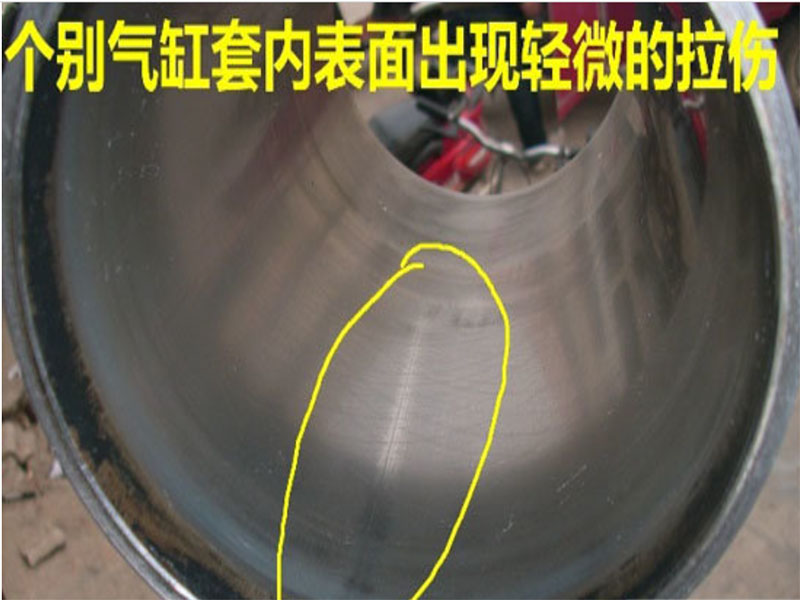 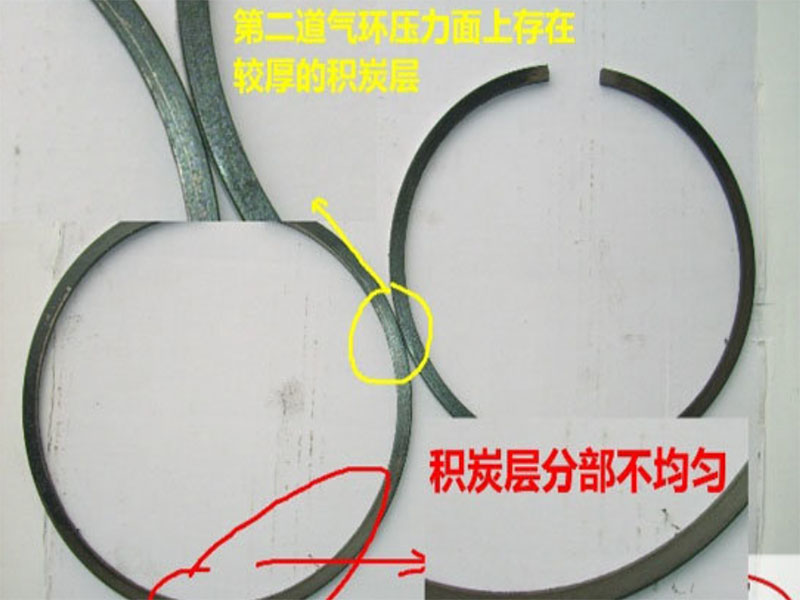 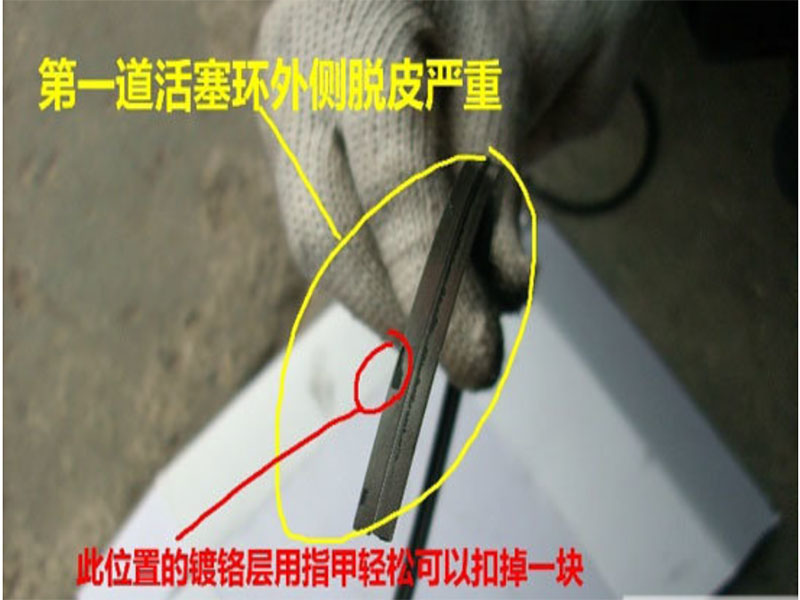 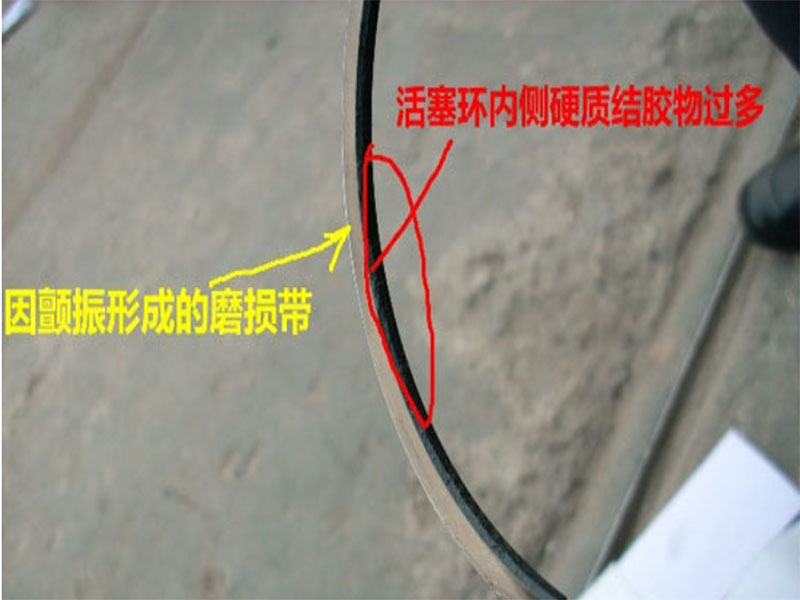 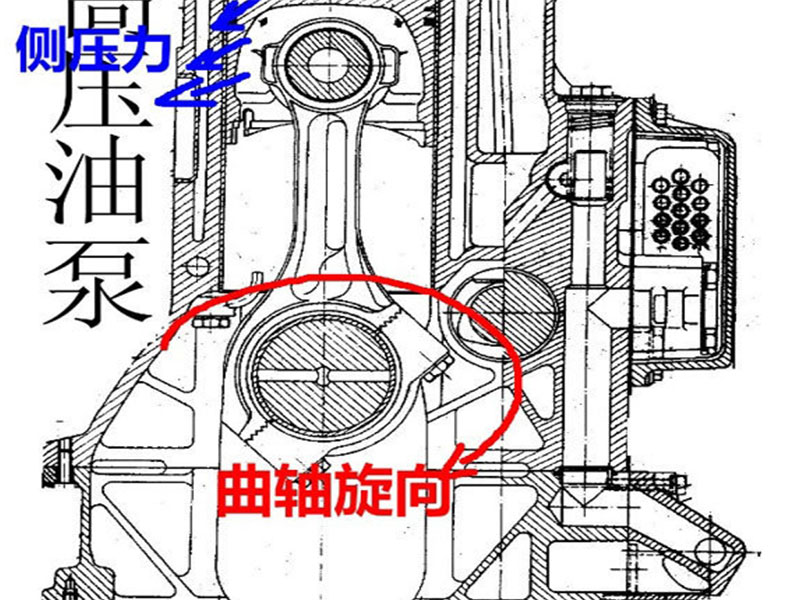 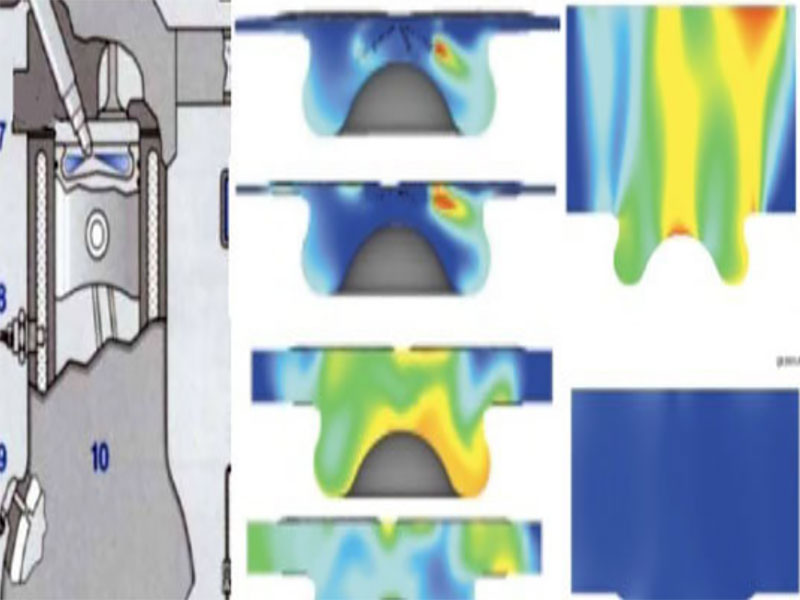 Combined with the combustion pattern diagram above According to the piston analysis diagram (in accident analysis 1), under the normal working condition of the engine, due to the fuel injection position of the fuel injector and the spiral intake arrangement of the air inlet, in fact, for WD615 engine, the mixture combustion is relatively insufficient on the side with high pressure on the piston side. This phenomenon is especially under the condition of long-time idling and heavy load of cold vehicle It is particularly prominent in the lower. Therefore, WD615 engine has very strict technical requirements for engine oil supply time and piston ring. If the oil supply time is improper or the piston ring elasticity is insufficient, it will directly lead to excessive leakage of incomplete combustion mixture and incomplete combustion diesel on the cylinder wall, At the same time, if the piston ring elasticity is insufficient, it will directly lead to higher oil consumption (pump oil effect).

The piston of this engine basically has a lot of glue in the piston ring groove on the side with high side pressure, and it is found that part of the second gas ring has been stuck in the ring groove during disassembly and inspection, but the radial thickness (width) of the gas ring does not change much, while the radial height (thickness) of the gas ring decreases due to wear (Fig. 3-2).

2) Due to the taper and out of roundness of the cylinder wall and the back pressure of the gas acting on the inner surface of the ring, the piston ring makes an alternating movement of opening and contraction.

3) The ring rotates in the ring groove.

4) Due to the ring groove clearance, the piston ring has axial vibration under the action of gas pressure, inertial force and friction.

5) Due to the side pressure of the piston and the deformation of the cylinder, the ring also vibrates radially.

6) Due to the swing of the piston, the ring still has torsional vibration.

7) Under the oil buoyancy, the ring may also produce the so-called “flutter” in the ring groove.

If the pump oil effect is intensified due to the insufficient elasticity of the piston ring, the oil from the pump will participate in the combustion of the mixture on the side with high pressure on the piston side, and a hard gel will be formed to reduce the self-cleaning effect of the piston ring, which is the main reason why the rotational movement of the second gas ring in the cylinder is blocked (Fig. 3-1), and some of the second gas rings are stuck in the ring groove.

It is verified that the piston ring replaced by this engine is Euro II piston ring produced by Fujian Nanping piston ring factory, which does not belong to the installed products of Weichai, heavy truck and Hangfa. 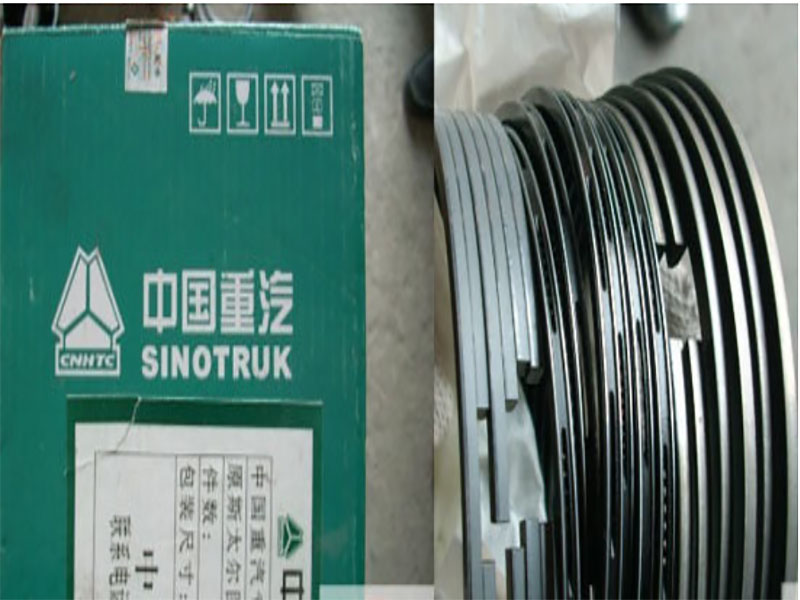 To sum up, the accident was caused by the piston ring whose elasticity and technical treatment did not meet the installation standard.

Is it reasonable to turn right and stop? Many areas began to investigate!