What If The Driving Is Suddenly Boring? Troubleshooting Of Gas Circuit And Oil Circuit

If The Fuel Pressure Of The Common Rail Pipe Is Too Low, Start With These Two Conditions 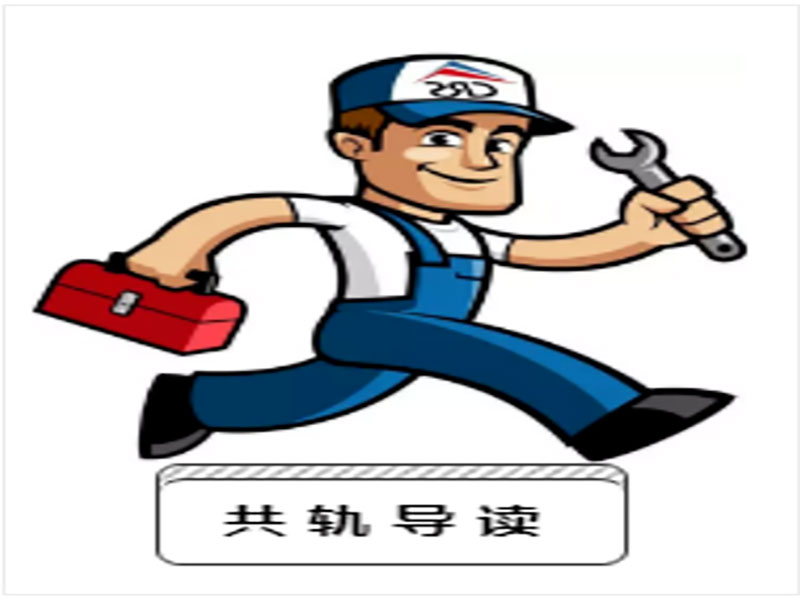 Recently, I received a master’s help, saying that I encountered a very strange fault case. I went to the service station to repair it, but it was not repaired, so I came to the small rail for help. In the process of maintenance, many obstacles were encountered. In this issue, the small rail will show you this “strange” fault case. 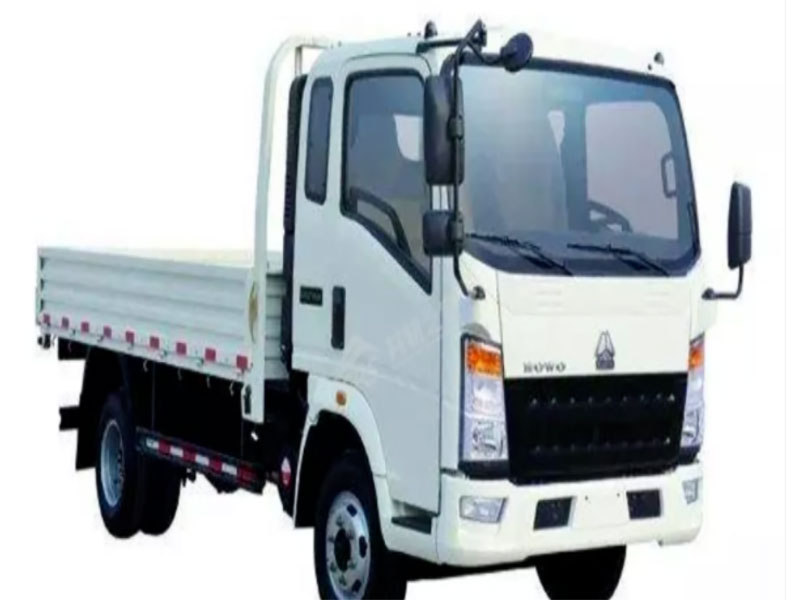 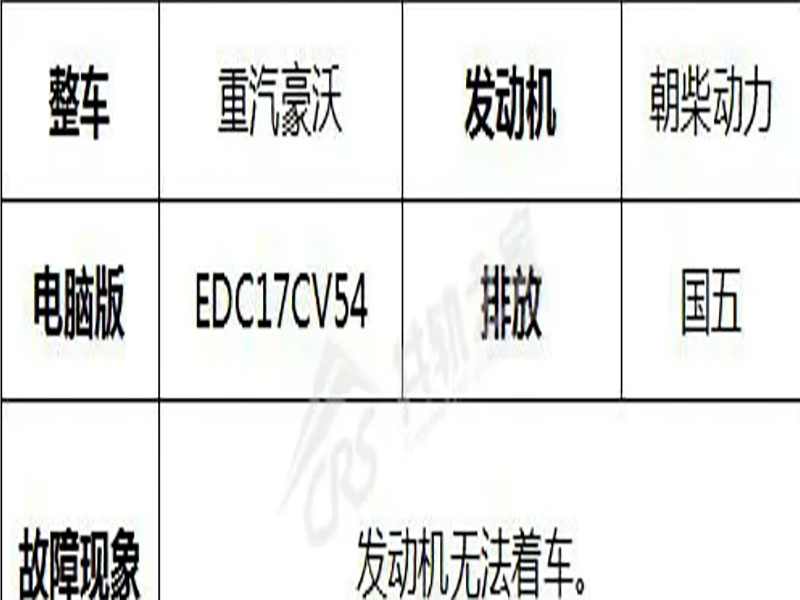 The Troubleshooting Steps Are As Follows Of Service Station:

1. Use A Diagnostic Expert To Read The Fault Code 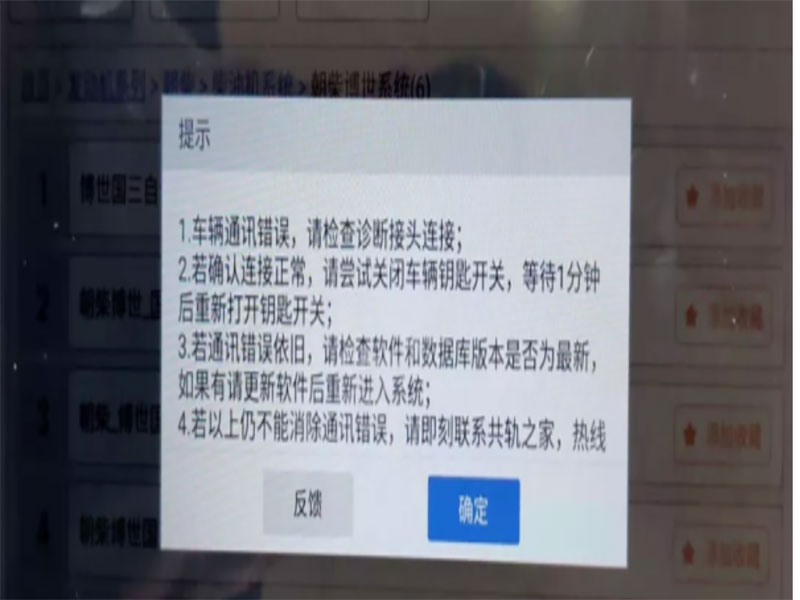 When the decoder is used to enter the system, it is found that the decoder cannot enter normally; It indicates that there may be a fault in the can network. Check the can line of OBD port of service station. 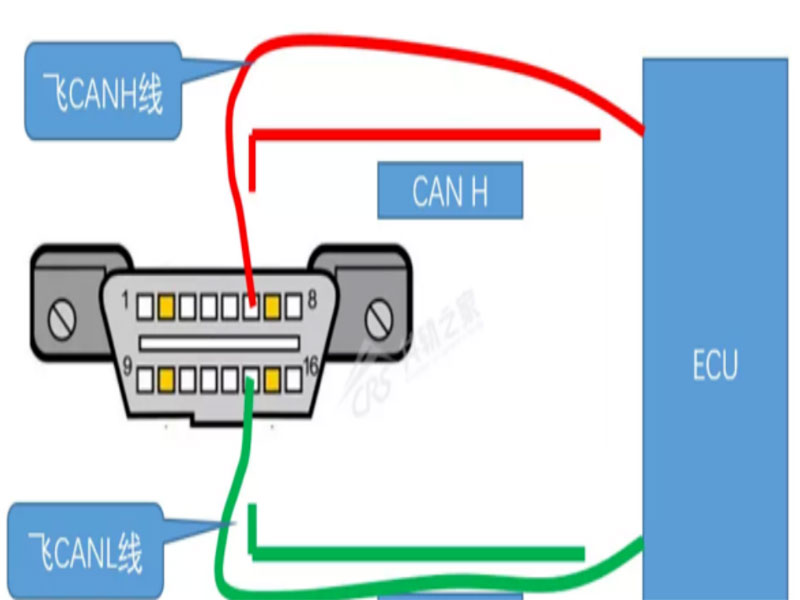 Measure that the canh of OBD port is + 8.5V and canl is + 8.5V, and the can line is abnormal; Under normal conditions, the sum of two groups of can line values is about 5V. It is suspected that there is a problem with the can network cable. I intend to fly the cable directly first, read the engine fault code, and first solve the problem that the engine cannot start the car of service station. 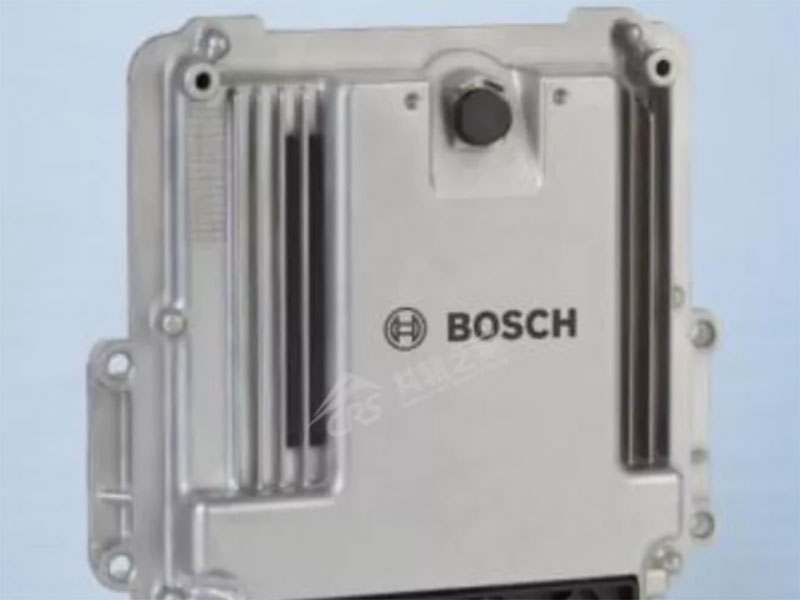 After replacing the ECU, the engine can be started normally, the decoder is used to read the fault code, and the display system is normal. 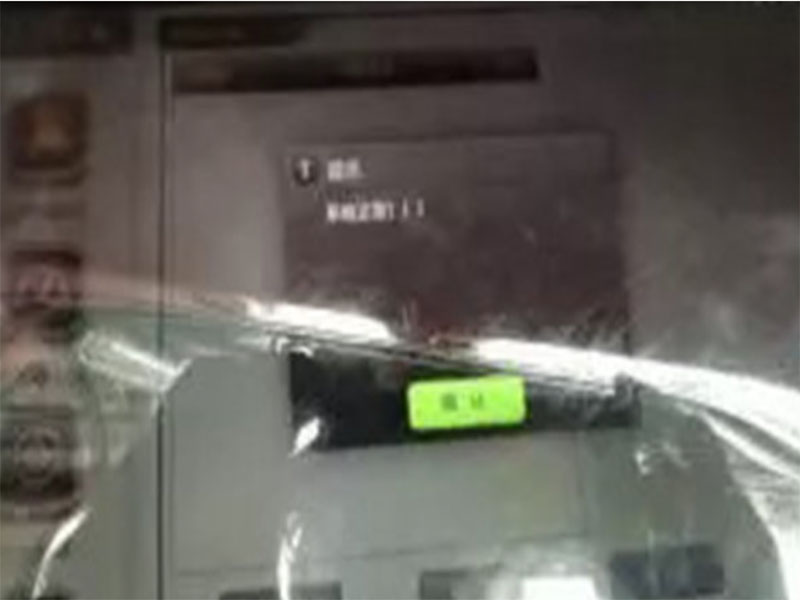 Let the driver go out of the sports car. The next day, the car failed to start again. Follow the driver to check. 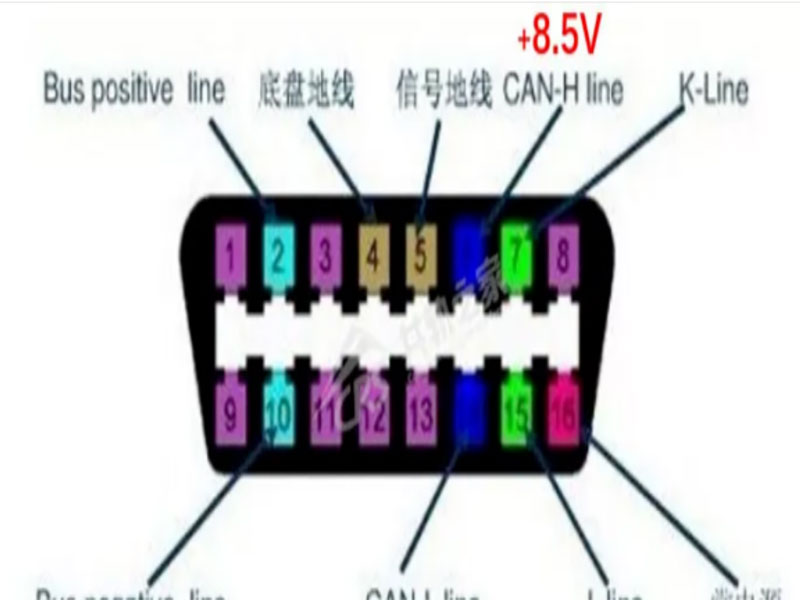 Check again and find that the voltage of OBD port is still 8.5V.

For this kind of ECU damage for many times, we generally suspect that it is caused by abnormal loads on T15, power supply and grounding. 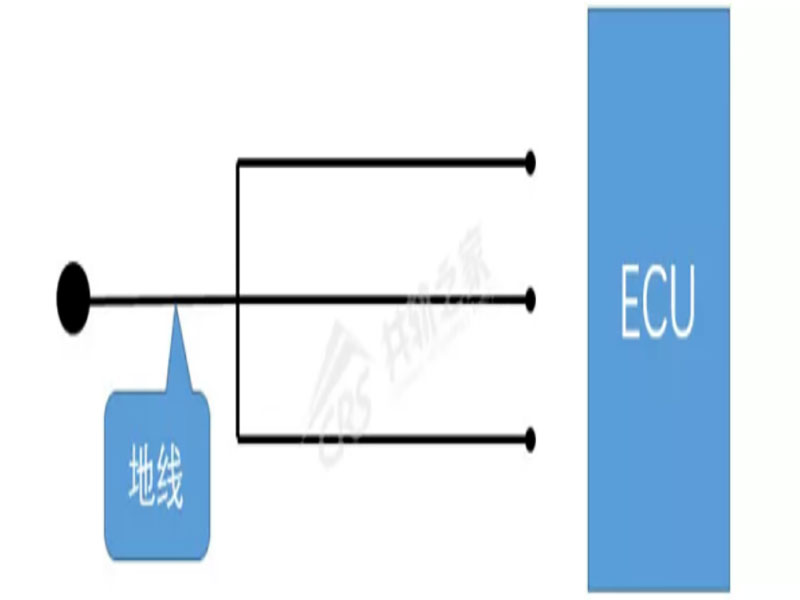 In this case, in step 5, we check the power supply, grounding and T15; Finally, after a round, the fault point still fell on the grounding wire. At this time, we were “hoodwinked” by the fault phenomenon.

Fault phenomena can help us analyze problems, but fault phenomena sometimes lead us to take a lot of detours. Take this fault as an example. In step 4, after replacing the ECU, the fault disappears. We think it is the problem of the ECU. In fact, when replacing the ECU, we touched the harness to connect the virtual contact, and the fault disappears. However, with the driving vibration, the fault reappears;

Another point is that when the ECU is close to the girder, it will also make people misjudge the fault. There are several special points about the fault case. Let me tell you about it. 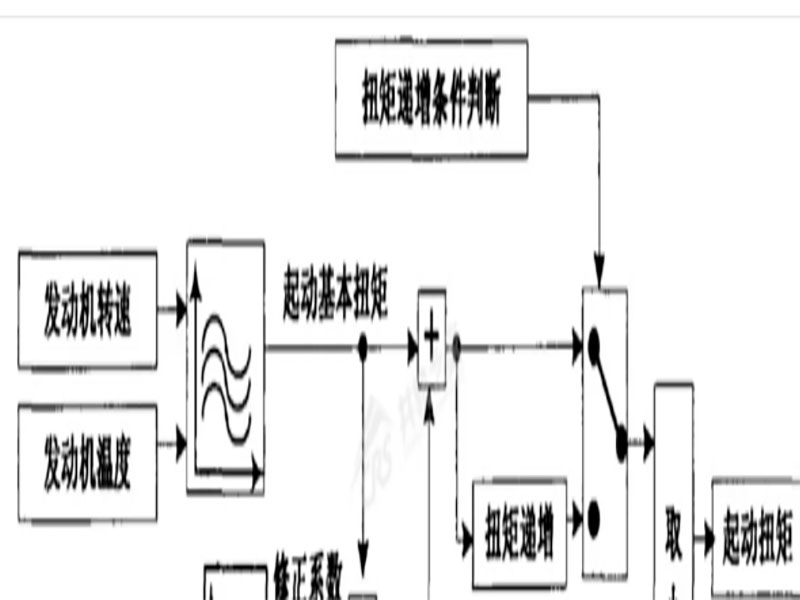 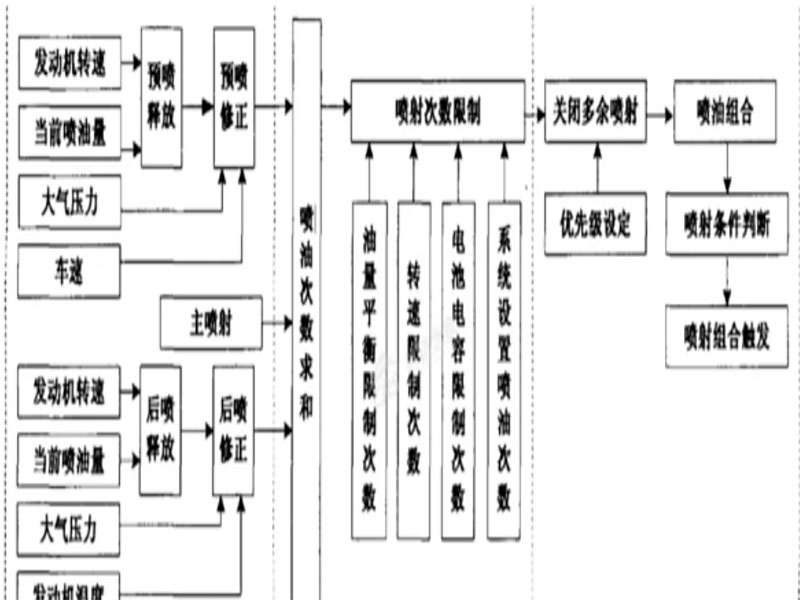 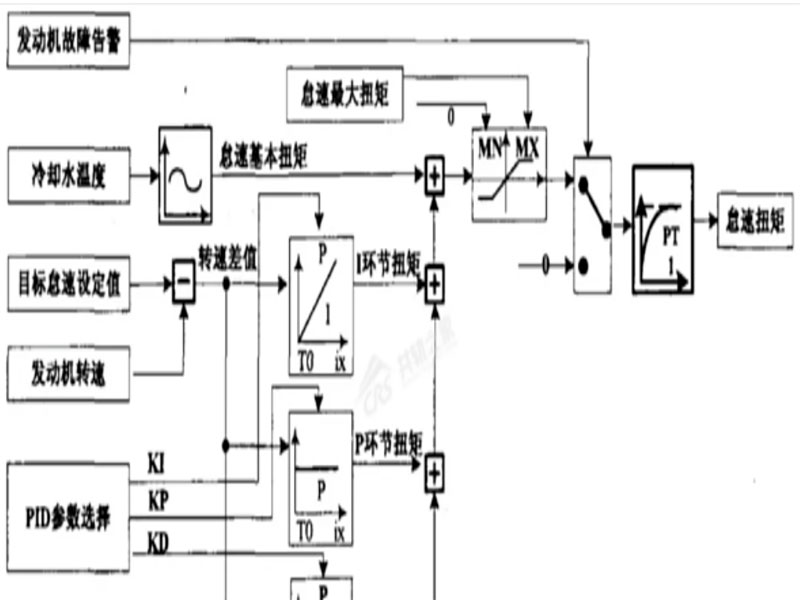 Firstly, because the torque required for cold engine and hot engine starting is completely different, check the pulse spectrum determined according to engine speed and engine temperature to obtain the basic starting torque of the engine.

Secondly, the basic starting torque is corrected according to the different inlet pressure.

Thirdly, in the new vehicle emission regulations, the emissions during starting are also included. In order to ensure reliable cold start and avoid smoke emission due to excessive fuel injection and insufficient combustion.

Therefore, the basic starting torque is set relatively small, and the torque is moderately increased according to the starting condition of the engine at that time. If the engine speed is less than a certain threshold within a certain period of time, the basic torque is increased by using the climbing function. The waiting time and the gradient of the climbing function usually adopt values related to the engine temperature, that is, different values are adopted under the condition of cold engine and hot engine. Finally, the starting torque should be less than a certain limit.

Low idle speed refers to the torque required to overcome friction resistance and other factors when there is no external power torque demand and in order to maintain a certain stable speed of the engine. In order to ensure the stability of speed, the control mode is adopted to calculate the low idle torque. The calculation strategy of low idle torque is shown in the figure.

Through torque coordination, the torque that the starting engine needs to output under the current working condition can be calculated. For the engine, the output torque is controlled by controlling its fuel injection quantity. Therefore, it is necessary to convert the current torque to be output into the amount of oil to be injected according to the characteristics of the engine.

Because at the time of starting, the speed is low, the fuel combustion is insufficient and the fuel economy is poor, a fixed conversion factor is used to calculate the torque to fuel. Under normal working conditions, the fuel economy of diesel engine is also different at different speeds. Therefore, combined with the engine speed, check the pulse spectrum calibrated according to the engine characteristics to obtain the injection oil amount corresponding to the required torque at different speeds. The conversion process is shown in the figure.

Pilot injection: injection performed in order to form an easy to burn gas mixture in the combustion chamber in advance, which helps to reduce the emission of particles and hydrocarbons.

Post injection: additional injection for complete combustion of residual fuel, which can reduce the emission of particulate matter.

Post injection: there is no such injection in the original combustion control injection, which is mainly the injection performed to increase the post-treatment effect of exhaust emission, such as the regeneration of the filter body of the particulate trap.